Page has been viewed 1924 times

The Tudor style appeared in the Middle Ages from 1485 to 1603, and perhaps earlier, during the reign of the Tudor dynasty. The Tudor-style houses feature high gable roofs, sometimes covered with straw, decorative timber elements, now called half-timbered houses, richly decorated entrance doors, and chimneys decorated with decorative metal hubcaps. The first floor is often faced with brick or stone, and the second floor is plastered and finished with an imitation of timber in the style of fakhverk—Windows, usually tall and narrow. Often grouped in two or three, less often four. Sometimes the faceted glass is inserted into tin frames. Windows open to the outside sometimes made with a lifting and lowering window for ventilation of rooms. The entrance door is paneled with a small window at the top, framed with stone or wooden platbands, and closes from above with a small roof and is located asymmetrically to the facade.

The Georgian style of the house was established from 1714 to 1830 during Kings George I, George II, George III, and George IV, from which he received his name.

Early Georgian houses were rectangular boxes of one or two floors and two rooms deep. The windows were located on the facade strictly symmetrical, the porch with 3-4 steps was also in the middle of the building, the panel door has decor with a simple wooden casing. In America, most of the houses in the Georgian style were framed, but sometimes they were built of brick and stone. Later, Georgian houses began to be more often built on two or three floors. The porch moved forward and found a roof supported by columns. To emphasize style, designers used Venetian, arched, and oval windows. Approximately half of the houses in the Georgian style were built with a simple gable roof, decorated with dormer windows. You can see how to build a gable roof here. Also, in single-story houses, mansard roofs were used, or as they are also called broken roofs, in which the lower part of the ramp was steeper than the top. The chimneys were symmetrically located on both sides of the house, and the windows were latticed, consisting of 9 or 12 squares.

The Victorian-style owed its name to the reign of Queen Victoria from 1837 to 1901 when the industrial revolution took place. Thanks to the industrial revolution, many building materials have become cheaper and more affordable. Therefore, more often, various elements of facade decoration are used. Designs of houses in the English Victorian style absorbed the Gothic elements, trying to make the house more beautiful than practical. Sometimes this style is called the style of Queen Anne, although this queen lived at the beginning of the XVIII century. What does Queen Anna have to do with a style that appeared 100 years later? He was invented by the architect Richard Norman Shaw, including the architectural elements of King Jacob and Queen Elizabeth, who lived 300 years before. This style has gained great popularity in the United States, who liked the radical design with sharp roofs, attractive chimneys, asymmetrical facades, corner turrets, surrounding verandas, mosaic-laid shingles, and carved wooden details. The facades of houses in the style of Queen Anne were often painted in bright and contrasting colors. All of the above methods of decorating made the house look like a toy. 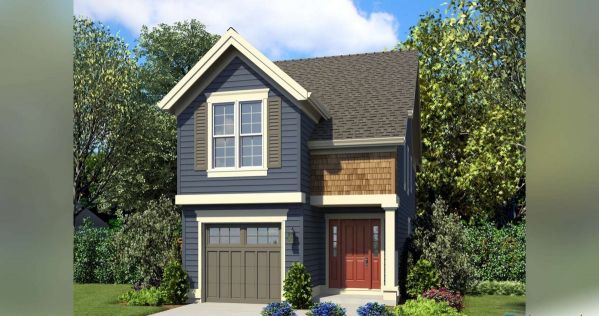 Do you have a narrow lot or an old house where you still live and want to build a nearby new house? This house plan up to 150 sq. M. with a built-in garage is designed for construction on a narrow or… 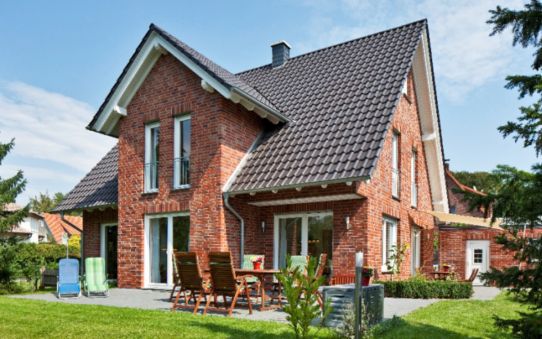 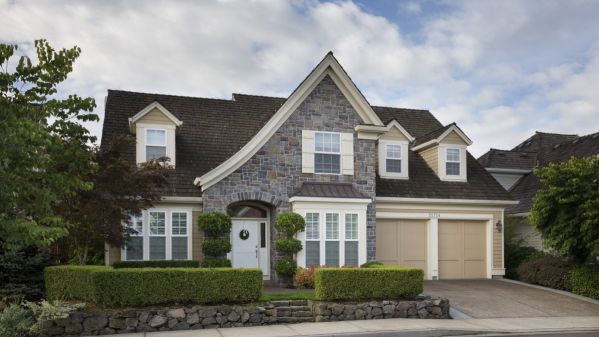 The two-story Tudor house plan with an asymmetrical roof over the central entrance. Immediately at the entrance is a room that can become an office or a guest bedroom. To the right of the spacious… 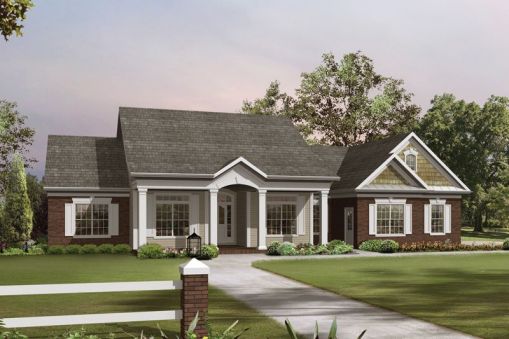 This elegant English style country house has a modern classic façade and spacious interior. Three bathrooms, a glazed veranda and an additional room above the garage are just some of the… 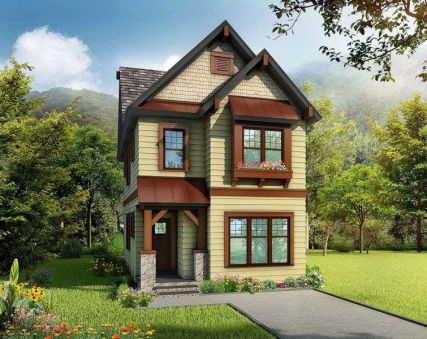 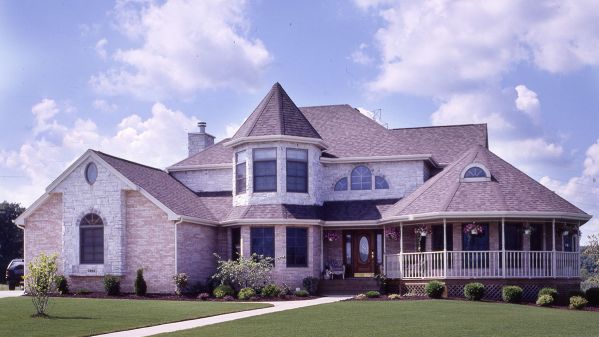 The elegant two-story English-style house plan with an area of up to 2500 sq.ft. with 2 cars garage and 4 bedrooms. Interior photos included. 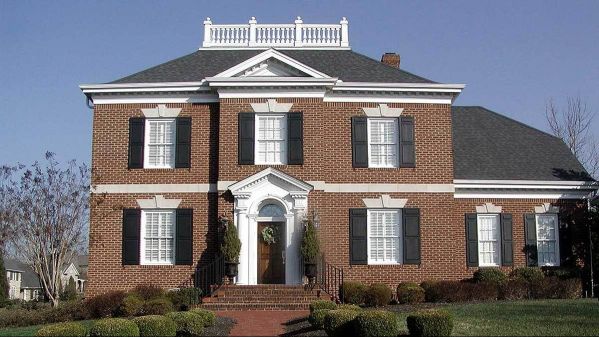 Spacious and traditional, this beautiful project of the house is filled with special details, such as bunk ceilings, an open balcony on the top floor and a future lounge over the garage. A two-story… 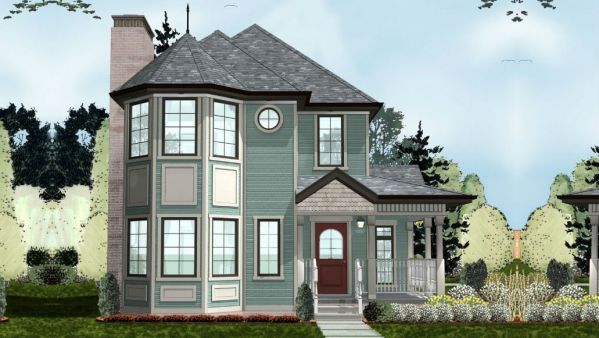 A two-story, 3-bedroom English-style frame house with bay windows up to 2,670 sq. ft. with a 2-car garage is suitable for building on a narrow lot. 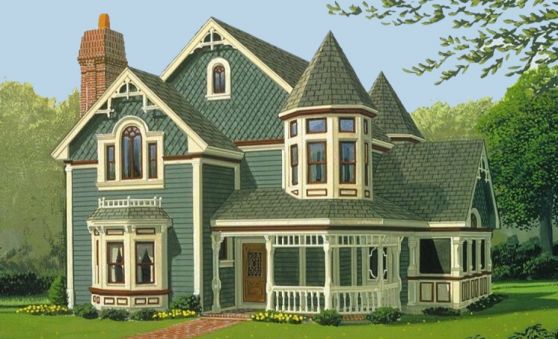 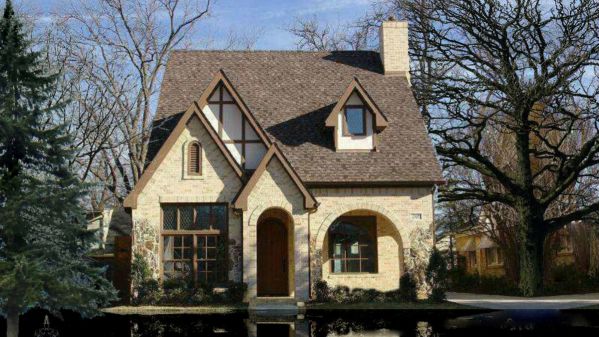 Two-story frame plan English style four-bedroom home with up to 2,690 sq. ft. suitable for building on a narrow lot.